More glorious sunshine has brought out the flora and fauna quite spectacularly. Although the bluebells have started to fade, visitors to Attingham are now greeted with a blaze of golden buttercups as they come up the main drive (with the longhorn cattle lying lazily amongst them!). 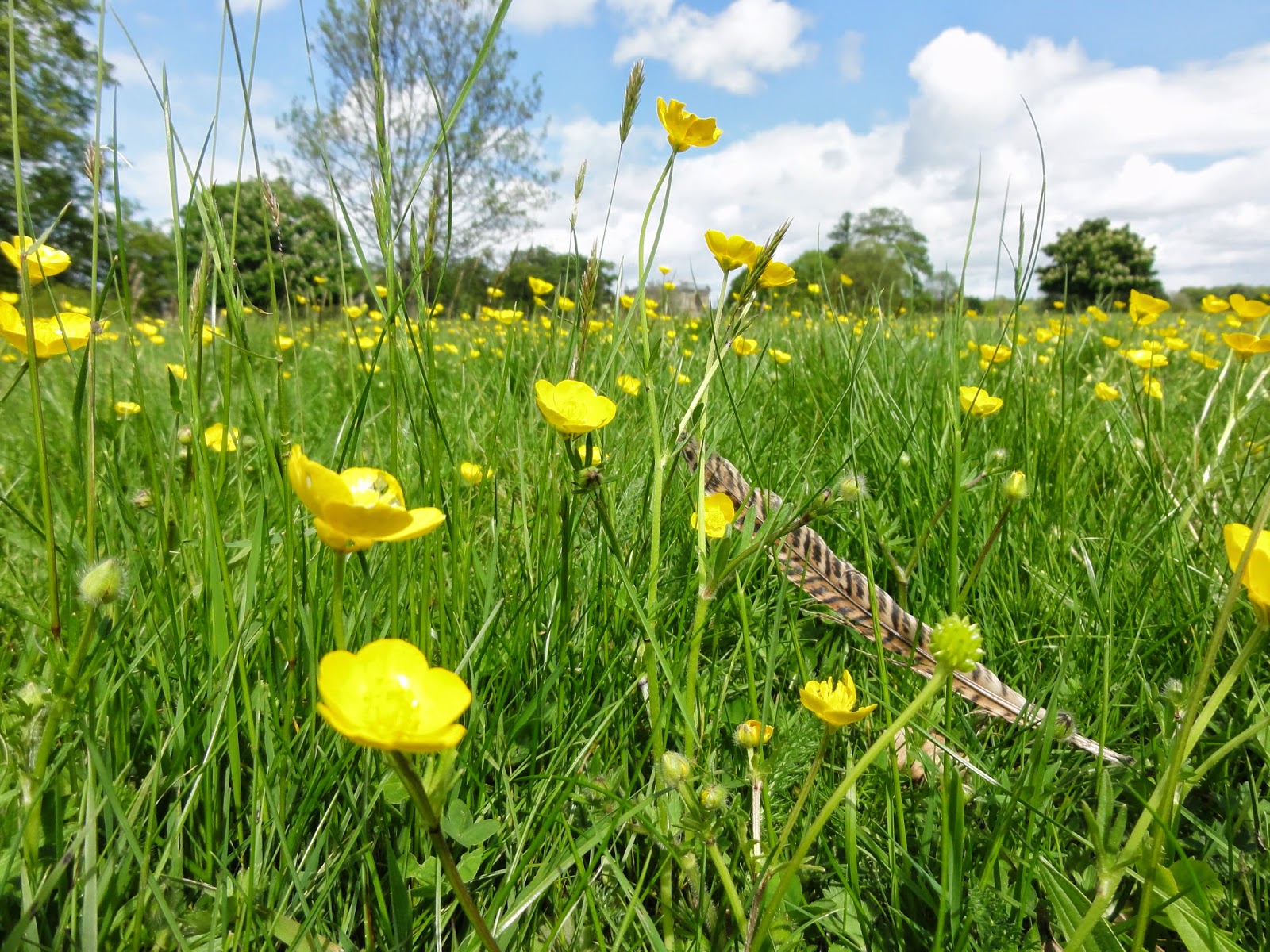 More spring sightings are coming in from staff and volunteers. Last week a cuckoo was heard calling from the Woodland Walk - this sound is becoming rarer as, sadly, cuckoo numbers are in decline. The RSPB have put cuckoos on to the Red List for conservation, so we are pleased to have some on and around the Estate. The first swift was spotted flying over the Walled Garden on May 9th, and on the 12th a common lizard was found in the external corner of the vinary, basking in the warmth of the sun (I hope to get the pictures up soon, kindly taken by gardener Katherine).

I cast my eye over the pond in the paddock the other day and saw this spider catch a newly-emerged damselfly, wrestling with it for a minute before claiming it as prey. It's a tough world out there! 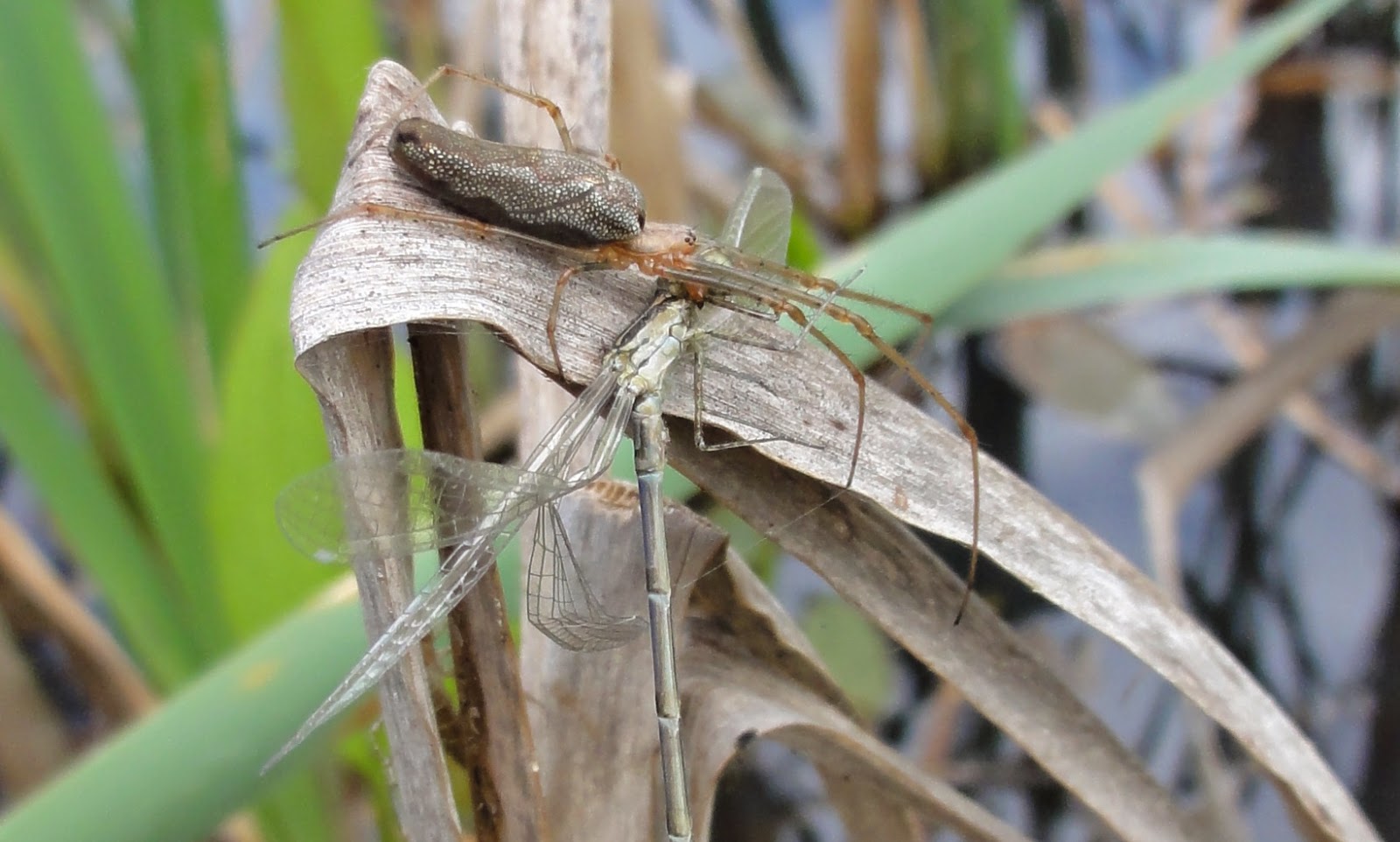 On the same day I spotted another teneral (newly-emerged) damselfly, a large red. Tenerals have yet to show their full colour, appearing pale and washed out, and have very shiny wings. Get ready for lots of insect pictures over the coming months! 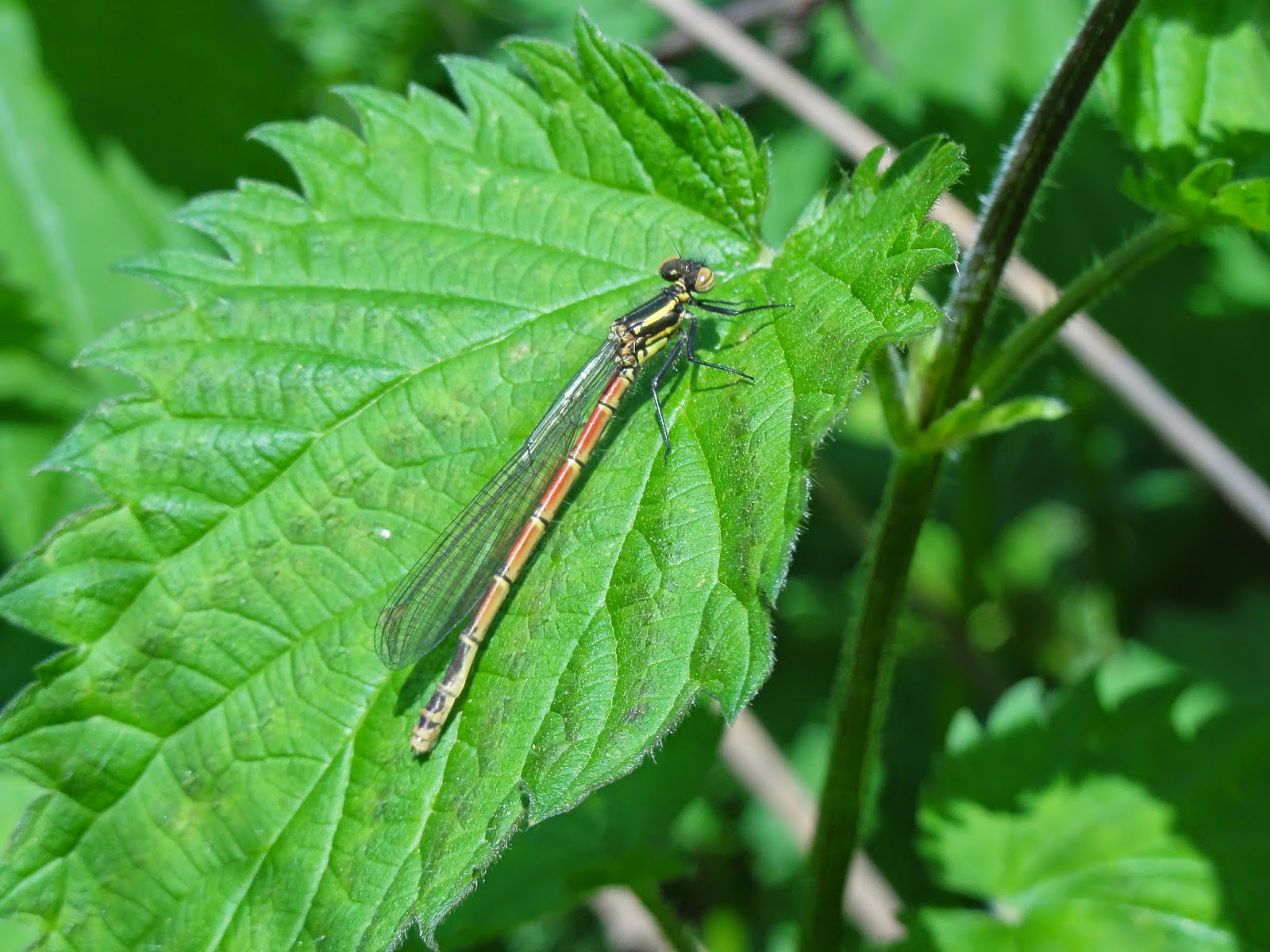 Finally, have you ever wanted to train to be a National Trust Ranger? The opportunity is now! Traineeships will be advertised on the NT jobsite over the coming weeks, including a position here at Attingham. See www.nationaltrustjobs.org.uk for more information - different properties will be advertising at different times, so keep a close eye on the pages if you want to apply.﻿
Posted by Joy Margerum at 12:21